3D
Scan The World
1,922 views 150 downloads
Community Prints Add your picture
Be the first to share a picture of this printed object
0 comments

On this circular base are depicted three Maenads, priestesses of the god Dionysus who, under the influence of 'divine madness', abandon themselves to bare-footed dancing. The theme of dancing Maenads is a creation of Kallimachos, an Athenian sculptor of the 5th century B.C., favoured by the Roman clientele for the grace expressed by his figures.

This is a production of a Greek workshop of the second half of the 1st century B.C. 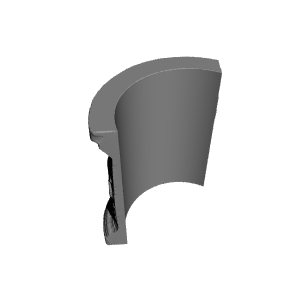