3D
Scan The World
1,268 views 37 downloads
1 collection
Community Prints Add your picture
Be the first to share a picture of this printed object
0 comments

Hermes is an Olympian god in Greek religion and mythology, the son of Zeus and the Pleiad Maia, and the second youngest of the Olympian gods. Hermes was the emissary and messenger of the gods, also known as "the divine trickster" and "the god of boundaries and the transgression of boundaries, ... the patron of herdsmen, thieves, graves, and heralds." He is described as moving freely between the worlds of the mortal and divine, and was the conductor of souls into the afterlife; he was also therefore viewed as the protector and patron of roads and travelers. 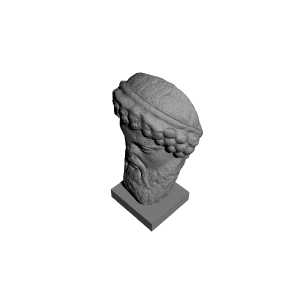