Fragmentary of a Relief with the Judgment of Paris

3D
Scan The World
1,305 views 49 downloads
Community Prints Add your picture
Be the first to share a picture of this printed object
0 comments

Fragmentary of a Relief with the Judgment of Paris

The fragmentary relief, once believed to be part of a large sarcophagus, depicts one of the best-known Greek myths: the Judgement of Paris. The young Trojan Prince, who can be recognized in the centre of the composition by his Oriental cap, has been summoned by Zeus to choose the most beautiful goddess among Hera, the first figure on the upper left, Athena with the helmet, on the left between Hera and Hermes, and Aphrodite to Hermes' left. 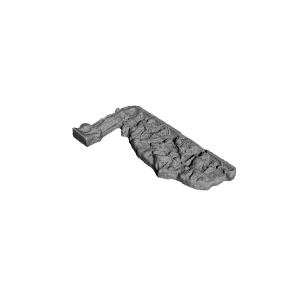