Fragmentary Statuette of a Vizier

3D
360°
Scan The World
1,087 views 26 downloads
Community Prints Add your picture
Be the first to share a picture of this printed object
0 comments

Fragmentary Statuette of a Vizier

This statue represents a vizier, an official who had administrative and judicial responsibility for half the country. Around his neck he wears a cord whose ends are held in a sliding cartouche-shaped clasp that can be seen at the back. The vizier's seal hung from this cord but was typically concealed beneath the upper edge of his wrapped garment. Columns of inscription refer to the "beautiful light" and the "sole sun of the one who lives seeing him," language that signals the Amarna religion as clearly as the soft modeling of the body, and the natural curve of the arms express the period's aesthetic. 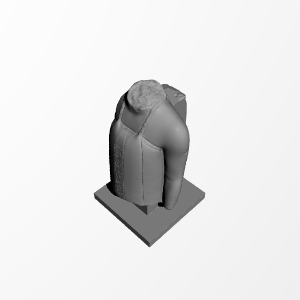