France The Victorious at the Jardin des Tuileries, Paris

3D
Scan The World
2,352 views 121 downloads
1 collection
Community Prints Add your picture
Be the first to share a picture of this printed object
0 comments

France The Victorious at the Jardin des Tuileries, Paris

This sculpture is by Antoine-François Gérard, who was born in Paris in 1760. He was a French sculptor and student of Jean Guillaume Moitte at the Royal Academy of Painting and Sculpture. In 1785, he received the second prize for sculpture (Claude Michallon, first prize) and in 1789 he won the first grand prix of Rome with "Joseph went to meet Jacob". He stayed at the Palais Mancini (headquarters of the Academy of France in Rome between 1789 and 1793) and, with the other guests, he hastily left the Eternal City after anti-French riots and the assassination of Jean-Nicolas Hugou of Bassville. After the advent of the Empire, he received several orders of the state and he participated in the decoration great monuments of Paris, designed at that time. After the completion of his work, in 1830, to the Arc de Triomphe (where this sculpture Victorious France sits atop of), he devoted himself exclusively to the production of prints, a passion that had never left. He died in his home in Paris, 16 September 1843. 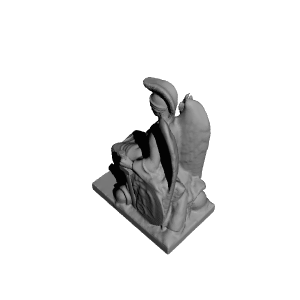 ×
1 collections where you can find France The Victorious at the Jardin des Tuileries, Paris by Scan The World