3D
Scan The World
2,940 views 248 downloads
3 collections
Community Prints Add your picture
Be the first to share a picture of this printed object
0 comments

This bust, representing the poet Francesco Bracciolini, was made by the talented sculptor, Giuliano Finelli. Finelli was born in Carrara, near Florence, where the renowned quarries of exceptional marble probably supplied the material for this bust. Finelli advanced his training in Naples, but made his name in Rome, the papal city and centre of Baroque sculpture. In this bust, Finelli displays his exquisite carving skills through the varied and subtle treatment of the flesh, fur and textiles, and in the sensitive handling of the sitter's intense gaze and features, 'warts and all'.

The bust has been previously attributed to both his more famous contemporaries and leading sculptors in Rome, Alessandro Algardi and Gianlorenzo Bernini. Finelli was a member of Bernini's workshop, and was particularly praised for his carving of the master's Apollo and Daphne (Villa Borghese), and became sought-after especially for his portraits.

The poet, Francesco Bracciolini was a friend and secretary of Cardinal Maffeo Barberini (later Pope Urban VIII). He was based in Rome from 1623 to 1644, where he became secretary to the Pope's brother. He was responsible for the programme of Pietro da Cortona's frescoed ceiling in the Palazzo Barberini, which he based on his poem about the election of the pope.

The bust remained in the Bracciolini family home, the Villa Traetti in Pistoia, where Francesco was born and died, until 1835, and was bought for the Museum in Florence in 1863. 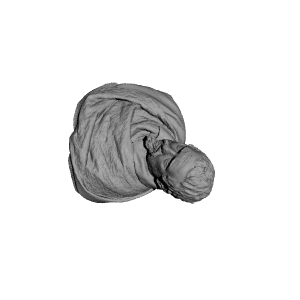 ×
3 collections where you can find Francesco Bracciolini by vam