3D
Scan The World
2,270 views 98 downloads
1 collection
Community Prints Add your picture
Be the first to share a picture of this printed object
0 comments

In 1801 the 5th Duke of Bedford commissioned his own bust from the prominent London portrait and monumental sculptor Joseph Nollekens. This version was acquired by the Kinnaird family of Rossie Priory as an expression of their Whig affiliation. The Duke's Temple of Liberty at his country seat of Woburn Abbey symbolised the political radicalism which he shared with his friend Charles James Fox, leader of the Whig or liberal party in the late eighteenth century. 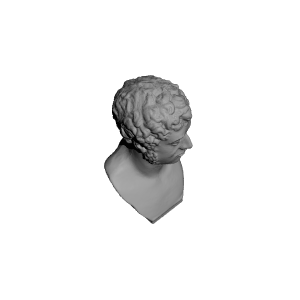 ×
1 collections where you can find Francis Russell at The Scottish National Gallery, Scotland by Scan The World