3D
Scan The World
2,145 views 92 downloads
1 collection
Community Prints Add your picture
Be the first to share a picture of this printed object
0 comments

Epitomizing both the Chicago architectural spirit and 1990's architectural style, the AT&T Corporate Center reaches into the sky in a flurry of spires, gables, and points. Its massing makes it resemble an updated version of the city's beloved Chicago Board of Trade. But the color, materials, and intent leave Art Deco in the dust and fully embrace late 20th century building trends. Of particular note are the vertical channels at the center of each face. These expand as they get higher, making the extended corners of the building narrower and seemingly taller. It's an interesting exercise in forced perspective, where the corners taken on their own, appear taller, while the center of the building appears broader. While the exterior bears only a faint resemblance to the Art Deco monuments that made the Loop great, the interior tries harder. The lobby and public areas feature lighting fixtures and accents that harken back to the city's golden age of architecture. 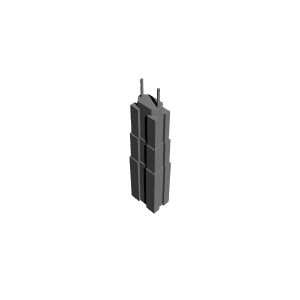 ×
1 collections where you can find Franklin in Chicago, Illinois by jkurstin22