3D
5,006 views 370 downloads
3 collections
Community Prints Add your picture
Be the first to share a picture of this printed object
2 comments

Like the other animatronics, Freddy Fazbear will try to forcefully stuff any human he sees after hours into a Freddy Fazbear suit, resulting in death. 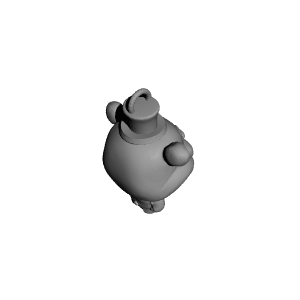