3D
Scan The World
1,702 views 80 downloads
Community Prints Add your picture
Be the first to share a picture of this printed object
0 comments

Friedrich David Gilly (1772–1800) was a German architect and the son of the architect David Gilly. He was known as a prodigy and the teacher of the young Karl Friedrich Schinkel. In 1788 he enrolled at the Akademie der Bildenden Künste in Berlin, where his teachers included Carl Gotthard Langhans and Johann Gottfried Schadow. Gilly was appointed professor at the Berlin Bauakademie at the age of 26 and he died from tuberculosis at the age of 28 in Karlsbad. 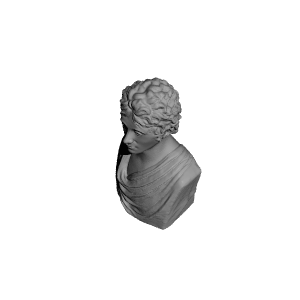