Frieze from the Temple of Athena Nike on the Acropolis [3]

3D
Scan The World
2,014 views 88 downloads
2 collections
Community Prints Add your picture
Be the first to share a picture of this printed object
0 comments

Frieze from the Temple of Athena Nike on the Acropolis [3]

Marble relief from the West Frieze of the Temple of Athena-Nike: Greeks fighting Greeks, perhaps showing the Battle of Megara in 458 BC. In the centre a battle rages around a fallen warrior. A figure on the left stoops to drag his comrade to safety. Opposite him an enemy lunges to grip an ankle, covering his attack with a shield. On the far side of this group warriors from the opposing sides fight it out. The figure on the right, with his right arm raised and elbow bent, probably originally held a spear. 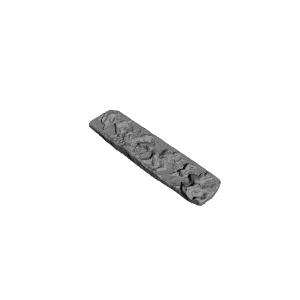