3D
Scan The World
1,286 views 42 downloads
Community Prints Add your picture
Be the first to share a picture of this printed object
0 comments

The three fragments of the frieze show standing and sitting men on travelling sacks as well as a scene of a rape of women. The scenes of the frieze, to which parts in Vienna and Athens also belong, are interpreted as illustrations from the Pelasgian legend, thus alluding to Greek prehistoric times.

The two other fragments from the same group can be downloaded here and here. 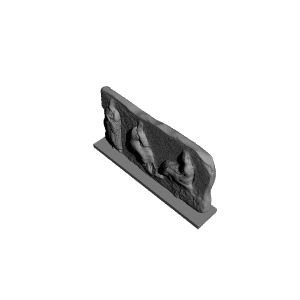