3D
360°
Scan The World
3,144 views 604 downloads
5 collections
Community Prints Add your picture
Be the first to share a picture of this printed object
0 comments

The Discophoros "Discus-Bearer" was a bronze sculpture by the classical Greek sculptor Polyclitus, creator of the Doryphoros and Diadumenos, and its many Roman marble copies.

Like the Doryphoros and Diadumenos, it was created as an example of Polyclitus's "canon" of the ideal human form in sculpture. It normally features a young, muscular, solidly-built athlete in a moment of thought before throwing a discus with some copies also often missing their arms, in which this case only shows 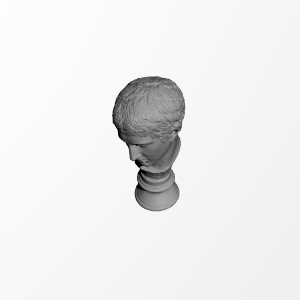