3D
360°
Featured Scan The World
3,427 views 513 downloads
10 collections
Community Prints Add your picture
Be the first to share a picture of this printed object
0 comments

Triton is a Greek god of the ocean, his parents were Poseidon and Amphitrite, respectfully the god and goddess of the sea. Triton is one of many of Poseidon’s offspring. He is usually represented as a merman, with the upper body of a human and the tailed lower body of a fish, however, artists liked to depict the sea gods as sea centaurs and other creatures. Sea centaurs or more known by their more complex name Ichthyocentaurs are a hybrid of human (head and torso), with horse legs and a fish tail.

It is believed that Triton lived with his parents, in a golden palace at the bottom of the sea. One of Triton’s special features that he is often depicted with, is using a conch shell which he would blow like a trumpet to calm or raise waves.

Find the scan of his body here: https://www.myminifactory.com/object/3d-print-torso-of-a-triton-figure-55432 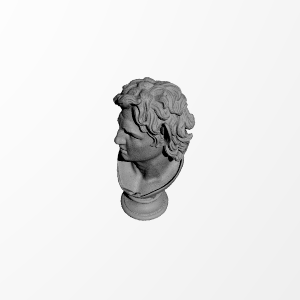