3D
Scan The World
1,765 views 56 downloads
Community Prints Add your picture
Be the first to share a picture of this printed object
0 comments

Tlaloc was part of the pantheon of gods in Aztec religion. As supreme god of the rain, Tlaloc was also by extension a god of earthly fertility and of water. He was widely worshipped as a beneficent giver of life and sustenance, but he was also feared for his ability to send hail, thunder, and lightning, and for being the lord of the powerful element of water. Tlaloc is also associated with caves, springs, and mountains, most specifically the sacred mountain in which he was believed to reside. 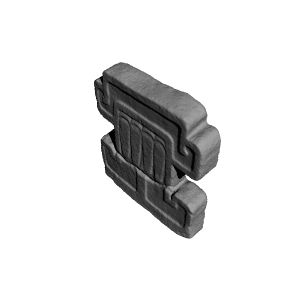