3D
Scan The World
1,282 views 30 downloads
Community Prints Add your picture
Be the first to share a picture of this printed object
0 comments

This monumental tomb was shaped as a semi-circle and its central niche was decorated by a large figurative frieze. In this propagandistic scene the deceased is attired as a soldier and he is presiding a battle between the Romans and the Parthians. He is accompanied by soldier of his suite and by the personification of Honos.

The monument has been attributed to P. Ventidius Bassus, afollower of Mark Antony who defeated the Parthians in 38 BC. 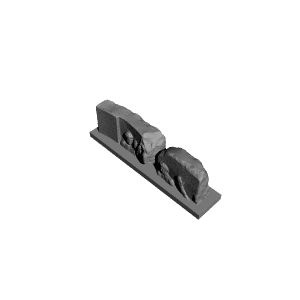