3D
Scan The World
1,855 views 73 downloads
Community Prints Add your picture
Be the first to share a picture of this printed object
0 comments

Caroline Unger, sometimes "Ungher" (1803 – 1877) was an Austro-Hungarian contralto, alternatively known as Karoline, Carolina, and Carlotta. Born in Vienna (or, according to some sources, in Stuhlweißenburg, today Székesfehérvár) she studied in Italy; among her teachers were Aloysia Weber Lange and Domenico Ronconi. Her stage debut, in her native city, came in 1821, when she performed in Mozart's Così fan tutte, a performance for which Franz Schubert had briefly served as her répétiteur. Three years later she sang in the first performances of Ludwig van Beethoven's Ninth Symphony and Missa Solemnis. In 1841 she married the French writer François Sabatier-Ungher and retired from the stage in 1843. She died in Florence and was buried in the cemetery of the basilica San Miniato al Monte there. 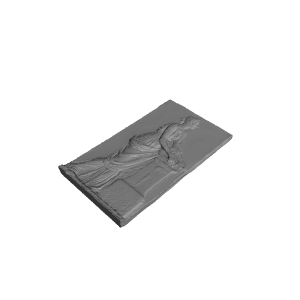