3D
Scan The World
1,384 views 64 downloads
Community Prints Add your picture
Be the first to share a picture of this printed object
0 comments

The collection, started by Cardinal Markus Sitticus Altemps and continued by his nephew Giovanni Angelo Altemps, comprised ancient sculptures of high value, a rich gallery of paintings and a series of books which constituted the Altempsian Library.

From 1621 onwards it was gradually dismembered and the sculptures flowed into other private collections and, subsequently, into the most important museums of the world such as the Vatican Museums, the British Museum, the Louvre and the Puškin Museum.

Only a few artworks of the original core remain, among them being the four large statues located in the courtyard (a Youthful Hercules, an Athlete at rest, a Maenad and a Demeter) and some sculptures exhibited along the monumental staircase. 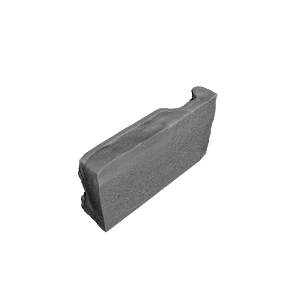