3D
Scan The World
1,502 views 60 downloads
Community Prints Add your picture
Be the first to share a picture of this printed object
0 comments

Aristobulus of Cassandreia (ca. 375 BC – 301 BC), Greek historian, son of Aristobulus, probably a Phocian settled in Cassandreia, accompanied Alexander the Great on his campaigns. He served throughout as an architect and military engineer as well as a close friend of Alexander, enjoying royal confidence, and was entrusted with the repair of the tomb of Cyrus the Great in Pasargadae. He wrote an account, mainly geographical and ethnological. His work was largely used by Arrian. Plutarch also uses him as a reference. 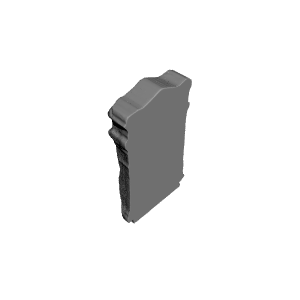 ×
0 collections where you can find Funerary Relief of Aristobulus at The State Hermitage Museum, St Petersburg by Scan The World