3D
Scan The World
1,532 views 47 downloads
Community Prints Add your picture
Be the first to share a picture of this printed object
0 comments

The Mediterranean has always been much more like a bridge over water than a barrier. The deceased, represented in Roman-style dress, have Greek names which indicate their original servile condition. Usia Prima with the sistrum is a priestess of the Eastern cult of Isis, which spread in 1st Century Rome in a climate of tolerance toward divinities other than those of the classic pantheon. 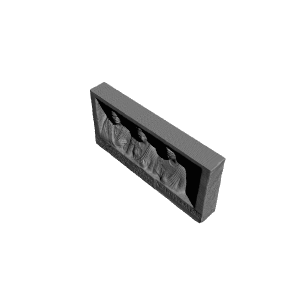