Funerary statue of a woman

Funerary statue of a woman

Funerary statue of a woman made of Pentelic marble and found in Stadiou Street, Athens, where there was an important ancient cemetery. The statue depicts a maidservant sitting on a low plinth with crossed legs. The right hand supported her head. The figure will have probably been erected at the left edge of an important grave enclosure, with the head turned toward the central monument. A second maidservant will have adorned the right edge of the enclosure, which will have stood near an ancient street. 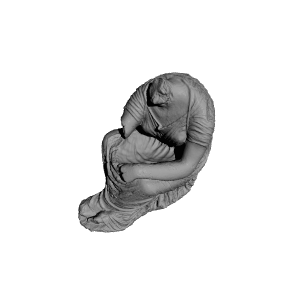