Funerary stele with depiction of loutrophoros

3D
Scan The World
2,062 views 67 downloads
Community Prints Add your picture
Be the first to share a picture of this printed object
0 comments

Funerary stele with depiction of loutrophoros

The stele, a Greek original of the mid -4th c. BC, depicts a large, tall-necked vase (loutrophoros). On the body of the vessel are three male figures: a bearded man wearing a cloak (himation) and leaning on a staff, overpainted in antiquity: a younger man wearing a tunic and cloak: and finally a servant, ona  smaller scale. The names of the two main figures are carved above the scene in Greek letters: Euboulos and Euboulides, identifies on the basis of epigraphical sources as memebers of an important family from Attica. The loutrophoros, used in Greece for wedding rituals, probably alludes to Euboulos premature death before his marriage. 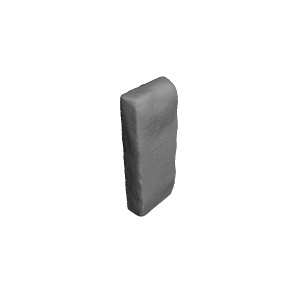