3D
Scan The World
2,744 views 86 downloads
Community Prints Add your picture
Be the first to share a picture of this printed object
0 comments

Giuseppe Venturoli (Bologna, 21st January 1768 - Bologna, 19t October 1846) was an Italian engineer. He studied in his hometown where his mathematics teacher, Sebastiano Canterzani supported him on his thesis in philosophy. At the early age of 23 he was appointed to the Academy of Aggregate Sciences of Bologna. From there he was called upon by Pope Pius VII who, on 23rd October 1817, he was appointed chairman of the board of directors of the school of Hydraulic Engineers where he remained until his death. He was most well known on his contributions to hydraulics.

Printed by PRINT3Dforum.com Slight support requierd on the face. Other than that, pretty straightforward. 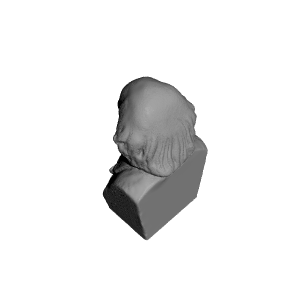 ×
0 collections where you can find Giuseppe Venturoli at The Borghese Gardens, Rome by Scan The World