3D
5,538 views 128 downloads
1 collection
Community Prints Add your picture
Be the first to share a picture of this printed object
0 comments

If you want a Pen holder for your fountain pen (or any other pens) , this is what you need. A model that will bring calm and dream on your desktop. A very easy print with no support needed, size the printed example use 0.2mm layer height, 3 perimeters , 15% infill where is needed.. This model support easily an "acetone vapor bath" to smooth the print and paint it to your taste..

In Greek mythology was the personification of the Earth, one of the Greek primordial deities. Gaia was the great mother of all: the primal Greek Mother Goddess; creator and giver of birth to the Earth and all the Universe; the heavenly gods, the Titans, and the Giants were born to her. The gods reigning over their classical pantheon were born from her union with Uranus (the sky), while the sea-gods were born from her union with Pontus (the sea). Her equivalent in the Roman pantheon was Terra. 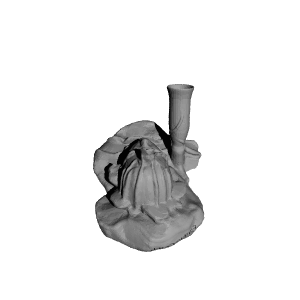 ×
1 collections where you can find Gaia Reborn by fantasygraph