3D
Scan The World
1,900 views 66 downloads
Community Prints Add your picture
Be the first to share a picture of this printed object
0 comments

Gajalakshmi, that is Lakshmi with elephants, is one of the most significant Ashtalakshmi aspects of the Hindu goddess Lakshmi. In this aspect, the goddess is depicted seated on a lotus, flanked on both side by an elephant (gaja). She is shown as seated in Padmasana yogic posture, and has four arms. In each of her upper pair of arms, she carries a lotus, and the lower hands are generally shown in abhya and varadamudra. The elephants flanking her are shown as pouring water from their trunk over the goddess. This aspect like most other aspects of Lakshmi is representative of prosperity, good luck, and abundance; and the Gajalakshmi motifs are very common in Hindu and Buddhist iconography.

Gajalakshmi is worshiped in many places in Goa and Konkan as a fertility goddess, mostly under the names Gajantlakshmi, Gajalakshmi, Kelbai or Bhauka devi, by various Konkani communities as their tetulary deity. 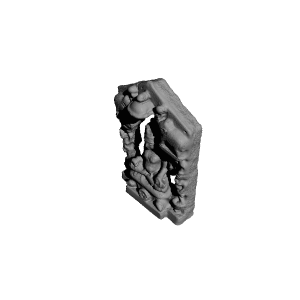 ×
0 collections where you can find Gajalakshmi by Scan The World