The hero Hercules is depicted at rest after completing his labours. His back rounded and his muscles loose, he sits on the skin of the Nemean lion, holding his club and the golden apples he has stolen from the garden of the Hesperides. Puget probably executed this work during his stay in Genoa (Italy). It was acquired after 1670 by Jean Baptiste Colbert, one of the chief ministers of King Louis XIV, to decorate the gardens of his chateau at Sceaux (near Paris). 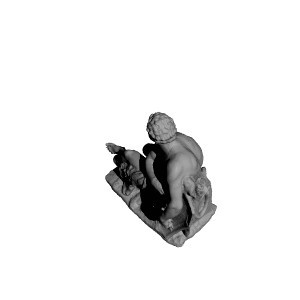