Gandhi and his wife Kasturba

3D
Scan The World
2,491 views 209 downloads
1 collection
Community Prints Add your picture
Be the first to share a picture of this printed object
1 comments

Gandhi and his wife Kasturba

Mahātmā Mohandas Karamchand Gandhi (2 October 1869 – 30 January 1948) was an Indian activist who was the leader of the Indian independence movement against British rule. Employing nonviolent civil disobedience, Gandhi led India to independence and inspired movements for civil rights and freedom across the world.

His wife, Kasturbai "Kasturba" Mohandas Gandhi (born Kasturbai Makhanji Kapadia on 11 April 1869 – 22 February 1944) was a political activist. In association with her husband, Kasturba Gandhi was involved in the Indian independence movement in British-ruled India. 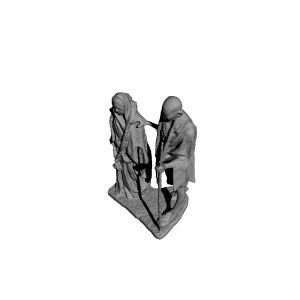