3D
360°
Featured Scan The World
1,948 views 403 downloads
1 collection
Community Prints Add your picture
Be the first to share a picture of this printed object
0 comments

Ganymede was originally a shepherd, but Jupiter took an interest in him on account of his great beauty and took him with him to Olympus, where he became the cupbearer of the gods. Ganymede is here filling the cup with the draught for the gods on Olympus. The sculpture shows Ganymede with a jug in one hand and in the other the cup that he is reaching out. We feel that Ganymede has had his attention caught by something or someone nearby – perhaps a thirsty god. 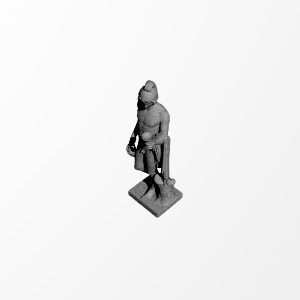