Gaul on his knees

3D
360°
Scan The World
1,784 views 114 downloads
Community Prints Add your picture
Be the first to share a picture of this printed object
0 comments

Gaul on his knees

This sculpture portrays a kneeling Gaul. It is a copy of an original from the second half of the 2nd century BC. The Galatians ("Gauls") were a Gallic people of the Hellenistic period that dwelt mainly in the north central regions of Asia Minor or Anatolia, in what was known as Galatia, in today's Turkey. The theme of the dying or wounded Gaul remained a favorite in art for a generation, as both Greeks and Romans fought the Galatians and conquered their territories. 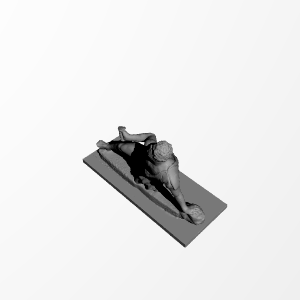