3D
Scan The World
2,590 views 87 downloads
Community Prints Add your picture
Be the first to share a picture of this printed object
0 comments

Vladimir Mikhaylovich Komarov (16 March 1927 – 24 April 1967) was a Soviet test pilot, aerospace engineer and cosmonaut in the first group of cosmonauts selected in 1960. He was one of the most highly experienced and well-qualified candidates accepted into the Group Air Force № 1 (the first squad of cosmonauts of the USSR) .

Komarov was declared medically unfit for training or spaceflight twice while he was in the program, but his perseverance and superior skills and his knowledge as an engineer allowed him to continue playing an active role. During his time at the Cosmonaut Training Center, he contributed to space vehicle design, cosmonaut training and evaluation and public relations. He was eventually selected to command the first Soviet multiman Voskhod 1 spaceflight that presented a number of technical innovations in the Space Race. Komarov was later chosen for the rigorous task of commanding Soyuz 1 as part of the Soviet Union's bid to reach the Moon first. 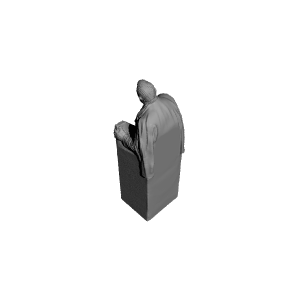