3D
Scan The World
2,728 views 118 downloads
Community Prints Add your picture
Be the first to share a picture of this printed object
0 comments

Joseph Piston was a French general who served during the French Revolution and the Napoleonic wars. He distinguised himself at the Battle of Austerlitz (2 December 1805), leading his brigade into battle against the Austrian and Russian cavalry. The sculptor Chinard was based in Lyon but visited Rome on several occasions and was famous for his portrait busts and medallions. 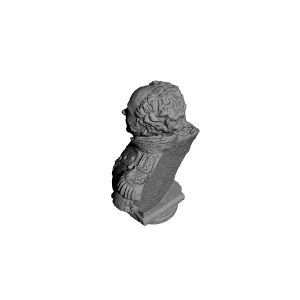 ×
0 collections where you can find General Piston at The Scottish National Gallery, Scotland by Scan The World