3D
Scan The World
2,063 views 146 downloads
3 collections
Community Prints Add your picture
Be the first to share a picture of this printed object
0 comments

Major General William Earle (18 May 1833 – 10 February 1885) was a British Army officer of the 19th century. He was born in Liverpool, the son of a merchant Sir Hardman Earle and his wife Mary, and married Mary Codrington. He had a successful military career, recognised by honours including a Companion of the Order of the Bath.

He fought in the Crimean War, was later part of the Nile Expedition attempting to relieve General Gordon at Khartoum. He was killed following the Battle of Kirbekan. 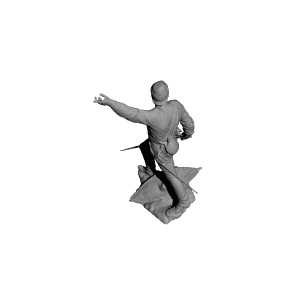