3D
Scan The World
1,174 views 41 downloads
Community Prints Add your picture
Be the first to share a picture of this printed object
0 comments

Though not well-studied, Genoa in the 15th century has been tumultuous. The city had a strong tradition for trading Levant goods and its financial expertise was recognised all over Europe. After a period of French domination from 1394 to 1409, Genoa came under rule of the Visconti of Milan (see also Battle of Ponza). Genoa lost Sardinia to Aragon, Corsica to internal revolt, and its Middle Eastern, Eastern European, and Asia Minor colonies to the Ottoman Empire. 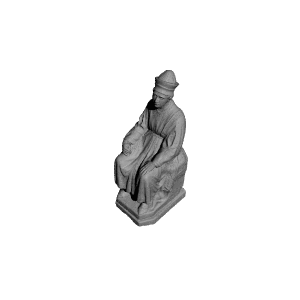