3D
Support Free Scan The World
2,387 views 92 downloads
Community Prints Add your picture
Be the first to share a picture of this printed object
0 comments

George Canning (11 April 1770 – 8 August 1827) was a British statesman and Tory politician who served in various senior cabinet positions under numerous Prime Ministers, before himself serving as Prime Minister for the final four months of his life.

The son of an actress and a failed businessman and lawyer, Canning was supported financially by his uncle Stratford, allowing him to attend Eton College and Christ Church, Oxford. Canning entered politics in 1793 and rose rapidly. He was Paymaster of the Forces (1800–01) and Treasurer of the Navy (1804–06) under William Pitt the Younger. Canning was Foreign Secretary (1807–09) under the Duke of Portland, who was ill. Canning was the dominant figure in the cabinet and directed the seizure of the Danish fleet in 1807 to assure Britain's naval supremacy over Napoleon. In 1809, he was wounded in a duel with his foe Lord Castlereagh and was shortly thereafter passed over as a successor to the Duke of Portland in favour of Spencer Perceval. He remained out of high office until after Perceval was assassinated in 1812.

Canning subsequently served under new Prime Minister the Earl of Liverpool as British Ambassador to Portugal (1814–16), President of the Board of Control (1816–21), and Foreign Secretary and Leader of the House of Commons (1822–27). The King disliked Canning and there were efforts to frustrate his foreign policies. Canning, however, successfully built wide public support for his policies. Historian Paul Hayes argues that he scored major achievements in diplomatic relations regarding Spain and Portugal, by helping to guarantee the independence of the American colonies of Portugal (i.e. Brazil) and Spain. His policies ensured a major trading advantage to British merchants and supported the American's Monroe Doctrine.

Canning was the arch-enemy of the Concert of Europe system set up by the conservative powers at the Congress of Vienna in 1815. Hayes says that in terms of foreign affairs:

His most important achievements was the destruction of the system of the neo-Holy Alliance which, if unchallenged, must have dominated Europe. Canning realized it was not enough for Britain to boycott conferences and congresses; it was essential to persuade the Powers that their interests could not be advanced by a system of intervention based upon principles of legitimacy, anti-nationalism and hostility to revolution.

Temperley summarizes his policies, which formed the basis of British foreign policy for decades:

non-intervention; no European police system; every nation for itself, and God for us all; balance of power; respect for facts, not for abstract theories; respect for treaty rights, but caution in extending them … a republic is as good a member of the comity of nations as a monarch. ‘England not Europe.’ ‘Our foreign policy cannot be conducted against the will of the nation.’ ‘Europe's domain extends to the shores of the Atlantic, England's begins there.’

When Lord Liverpool resigned in April 1827, Canning was chosen to succeed him as Prime Minister ahead of the Duke of Wellington and Sir Robert Peel. They both declined to serve under Canning and the Tories split between Peel and Wellington's Ultra-Tories and the Canningites. Canning then invited several Whigs to join his cabinet. However, his health collapsed and he died in office in August 1827, after just 119 days in office, the shortest tenure of any British Prime Minister.

Standard print settings would be fine. High cooling is recommended. 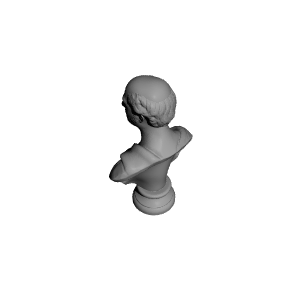