3D
Scan The World
3,069 views 64 downloads
Community Prints Add your picture
Be the first to share a picture of this printed object
0 comments

George Canning (1770-1827) led a faction of liberal Tories during Lord Liverpool's office (1812-27) and succeeded him as Prime Minister in 1827. The initial version of this sculpture, commissioned in 1827, was the first of Chantrey's many busts of prominent Tory politicians. There was much demand for replica busts of such public figures: studio assistants produced numerous precise copies which, when finished off by Chantrey, were considered as the sculptor's work. This marble bust was sculpted in 1821 by Sir Francis Leggatt Chantrey (1781-1841). 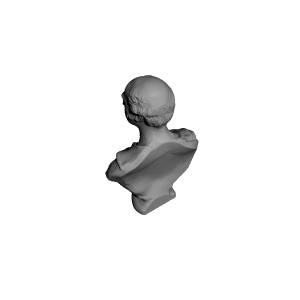 ×
0 collections where you can find George Canning at The National Portrait Gallery, London by Scan The World