3D
360°
Featured Scan The World
2,789 views 276 downloads
2 collections
Community Prints Add your picture
Be the first to share a picture of this printed object
0 comments

In 1817 Thorvaldsen had received a letter informing him that the English poet Lord Byron (1788-1824) was spending a couple of weeks in Rome and would like to have his portrait modelled during the course of his stay. So there was little time to waste when the poet turned up in the studio, and things were not made any easier when Byron turned out to be something of a poseur. According to Hans Christian Andersen, Thorvaldsen told him how Byron suddenly assumed a tragic countenance when he was sitting to be modelled. Thorvaldsen asked him to adopt a more natural face, but the poet thought that unsuitable. “So I did him as I wished, and everyone said that it was just like him,” was Thorvaldsen’s cheerful comment. 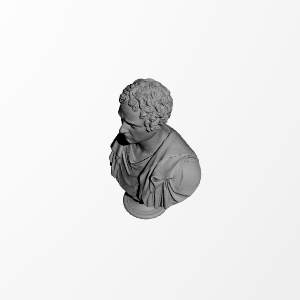 ×
2 collections where you can find George Gordon Byron by Thorvaldsen