3D
Scan The World
2,586 views 167 downloads
1 collection
Community Prints Add your picture
Be the first to share a picture of this printed object
0 comments

Amantine-Lucile-Aurore Dupin (1 July 1804 – 8 June 1876), best known by her pseudonym George Sand, was a French novelist and memoirist. She is equally well known for her much publicized romantic affairs with a number of artists, including the composer and pianist Frédéric Chopin and the writer Alfred de Musset.

Sand wrote: "My name is not Marie-Aurore de Saxe, Marquise of Dudevant, as several of my biographers have asserted, but Amantine-Lucile-Aurore Dupin, and my husband, M. François Dudevant, claims no title: the highest rank he ever reached was that of infantry second lieutenant."

Sand's reputation came into question when she began sporting men's clothing in public, which she justified by the clothes being far sturdier and less expensive than the typical dress of a noblewoman at the time. In addition to being comfortable, Sand's male dress enabled her to circulate more freely in Paris than most of her female contemporaries, and gave her increased access to venues from which women were often barred, even women of her social standing. Also scandalous was Sand's smoking tobacco in public; neither peerage nor gentry had yet sanctioned the free indulgence of women in such a habit, especially in public (though Franz Liszt's paramour Marie d'Agoult affected this as well, smoking large cigars). 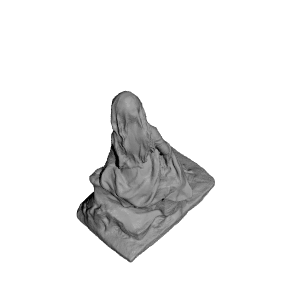 ×
1 collections where you can find George Sand at The Jardin du Luxembourg, Paris by Scan The World