3D
Scan The World
2,773 views 136 downloads
Community Prints Add your picture
Be the first to share a picture of this printed object
0 comments

George W. Norris (1861 – 1944) was a U.S. politician from the state of Nebraska and a leader of progressive and liberal causes in Congress. He served five terms in the United States House of Representatives as a Republican from 1903 until 1913 and five terms in the United States Senate from 1913 until 1943, four terms as a Republican and the final term as an independent. Norris was defeated for reelection in 1942. 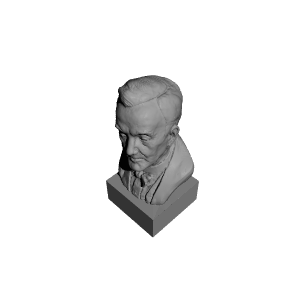 ×
0 collections where you can find George W. Norris by 3DLirious