3D
Scan The World
3,640 views 159 downloads
Community Prints Add your picture
Be the first to share a picture of this printed object
0 comments

Sculptor Gertrude Vanderbilt Whitney commissioned this portrait and a statuette of herself in New York in 1916. Davidson wrote: "This was her way of helping me carry on. . . . Her enthusiasm did much to help sustain my courage in this period." She funded Davidson's return to Paris after World War I to make portraits of the Allied leaders and continued to support his career, commenting about his posthumous portrait of her husband Harry Payne Whitney, "Everything he touches is like magic." An important early collector of modernist American art, she founded the Whitney Museum of American Art in 1931. 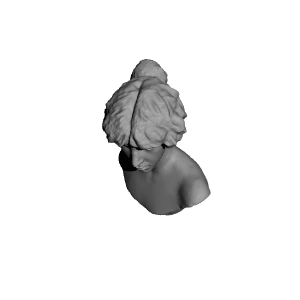 ×
0 collections where you can find Gertrude Vanderbilt Whitney by 3DLirious