3D
360°
Featured Scan The World
3,336 views 400 downloads
4 collections
Community Prints Add your picture
Be the first to share a picture of this printed object
1 comments

This exotic gentleman ruled in the no longer existing province of Oudh, which was situated in the north-western part of India north of the Ganges. On account of his good relations with the British colonial power, he even enjoyed the title of king during the period 1818-27. He was succeeded by his son, but in 1856 the country was annexed by the British.

The museum acquired the bust at an auction in London in 1949. 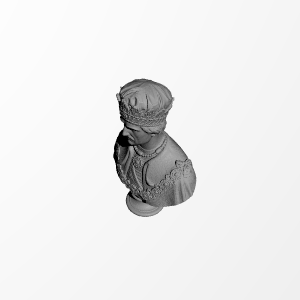