3D
Scan The World
1,791 views 55 downloads
Community Prints Add your picture
Be the first to share a picture of this printed object
0 comments

Gina Gogean (born September 9, 1977) is a retired gymnast from Romania who competed internationally in the late 1980s and throughout the 1990s. During her career she won an impressive number of 30 medals at Olympic Games, world championships or continental championships. Her best events were the floor exercise (three-time world champion), the vault (two-time world champion) and the balance beam (1997 world champion). She was also an excellent all around gymnast winning several medals on this event, the European title in 1994, a silver Olympic medal (1996) and a silver medal at the 1993 World Championships. She helped the Romanian team win three consecutive world titles (1994, 1995 and 1997) and two Olympic team medals, a silver and a bronze (1992 and 1996). Gogean was inducted into the International Gymnastics Hall of Fame in 2013. Criticized for her lack of artistry, expression and daring, Gogean nonetheless had nearly unmatched consistency, longevity and efficiency that made her a backbone of the Romanian team in the 1990s. 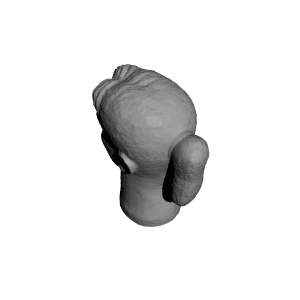 ×
0 collections where you can find Gina Gogean bust in Deva, Romania by Scan The World