3D
360°
2,138 views 101 downloads
Community Prints Add your picture
Be the first to share a picture of this printed object
0 comments

This is a split nut described in David Gingery's "metal lathe" book.  It is meant to be finished in the manner described in the book, and then cast in pot metal.  This follows exactly the wood portion of the described casting, and will need the metal rod, the putty, and the threaded rod described in the chapter to cast correctly.  Basically this removes the steps in the book where you make this out of wood, but it does not remove any other steps in the process.  This pattern already has some fillets and draft put in the model.  I printed it in PLA, 0.15mm layer height and support material for the overhanging curves.  Enjoy :D 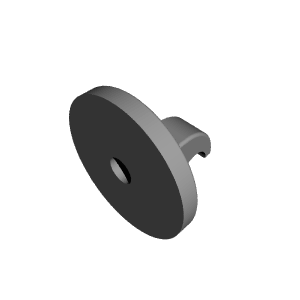