3D
360°
Scan The World
1,987 views 204 downloads
Community Prints Add your picture
Be the first to share a picture of this printed object
0 comments

This figure by Sergey Konenkov shows a girl, stretching or brushing her hair. Sergey (1874–1971) was a famous Russian and Soviet sculptor and he was often called "the Russian Rodin". During his lifetime (a lot of which was spent living in the United States), he has created a large volume of sculptures, primarily portraits, including that of Aleksandr Pushkin, Anton Chekhov, Leo Tolstoy, Fyodor Dostoyevsky and Paganini. 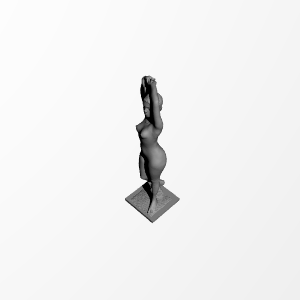 ×
0 collections where you can find Girl by Scan The World