3D
Scan The World
2,020 views 90 downloads
1 collection
Community Prints Add your picture
Be the first to share a picture of this printed object
0 comments

This is a portrait of Fiuliano de' Medici (1453-1478), the younger brother of Lorenzo the Magnificent. The brothers were attacked during the Easter mass in Florence Cathedral, due to a conspiracy plotted by the rival Pazzi family. Lorenzo survived, while Giuliano did not, which is probably how this portrait came to be - to commemorate his memory after the tragic death. 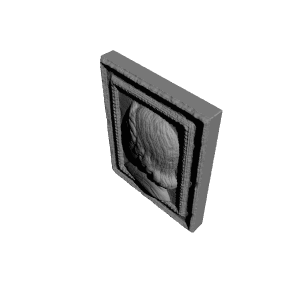