3D
Scan The World
2,502 views 106 downloads
Community Prints Add your picture
Be the first to share a picture of this printed object
0 comments

Giuseppe Parini (23 May 1729 – 15 August 1799) was an Italian Enlightenment satirist and poet of the neoclassic period. Parini's work was accepted by younger poets mainly as a lesson in morality and freedom of thought. Ugo Foscolo, who met Parini in Milan, portrayed him as a serious, dignified person in Ultime lettere di Jacopo Ortis and accused the rich and corrupt town which had forgotten him, in Dei sepolcri. 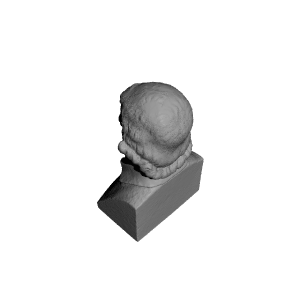 ×
0 collections where you can find Giuseppe Parini at The Borghese Garden, Italy by Scan The World