3D
360°
Scan The World
2,268 views 92 downloads
2 collections
Community Prints Add your picture
Be the first to share a picture of this printed object
0 comments

Born in Pirano in 1692, Giuseppe Tartini was sent to Padua to study theology, but he devoted himself to the study of the violin and fencing instead. He oftern had to fight duels caused by his adventurous love-stories, one of which forced him to escape to Assisi where in 1713 he composed the famous sonata "Trillo del Diavolo". In 1721, he was called back to Padua to conduct the orchestra of the basilica of St. Anthony. He died in 1770.

The bust next to the statue portrays Friar Vallotti, an organist and a friend of Tartini. 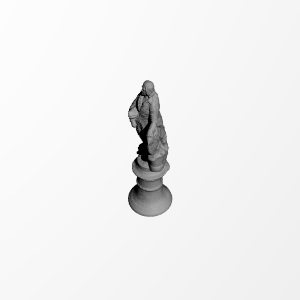