The god of wealth is often shown as a man with a long beard. The god is often depicted riding a black tiger and holding a golden rod. He may also be depicted with an iron tool capable of turning stone and iron into gold. In this model, he is holding a pot of gold. 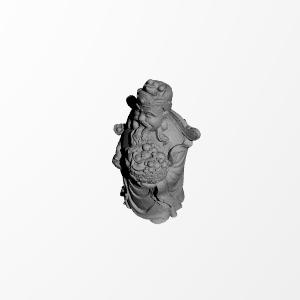 ×
3 collections where you can find God of Money by ericmesh
×
Philippe Barreaud
@philippeb66
0
Printed on: Sindoh 3DWOX 1
Material: PLA
Posted at: 28th January 2022

Can't go wrong with the God of Money. Nice.