Goddess or mortal at The British Museum, London

3D
Scan The World
1,456 views 59 downloads
Community Prints Add your picture
Be the first to share a picture of this printed object
0 comments

Goddess or mortal at The British Museum, London

Inspired originally by Greek funerary portraits, the image of the veiled woman became very popular for statues in Cyprus and throughout the Eastern Mediterranean at this time. The style was influenced by fashions at the ruling Ptolemaic court based in Egypt, though the statue is not necessarily that of a contemporary ruler. The absence of a body on this limestone example makes it difficult to identify the statue as a worshipper or a goddess. 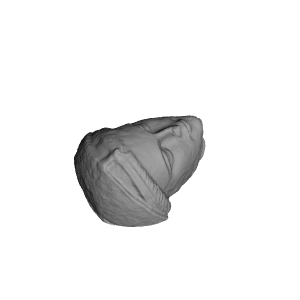 ×
0 collections where you can find Goddess or mortal at The British Museum, London by Scan The World