3D
Scan The World
1,563 views 70 downloads
Community Prints Add your picture
Be the first to share a picture of this printed object
0 comments

Cubism is an early-20th-century art movement which brought European painting and sculpture historically forward toward 20th century Modern art. Cubism in its various forms inspired related movements in music, literature and architecture. Cubism has been considered to be among the most influential art movements of the 20th century. The term is broadly used in association with a wide variety of art produced in Paris (Montmartre, Montparnasse and Puteaux) during the 1910s and extending through the 1920s. 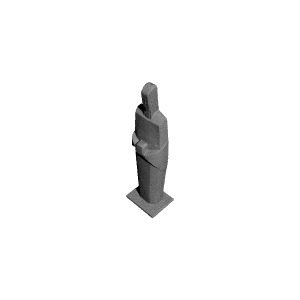 ×
0 collections where you can find Grafmonument by Scan The World