3D
Scan The World
1,231 views 60 downloads
Community Prints Add your picture
Be the first to share a picture of this printed object
0 comments

Grandee is an official aristocratic title conferred on some Spanish nobility, as well as Portuguese nobility and Brazilian nobility. Holders of this dignity enjoyed similar privileges to those of the peerage of France during the Ancien Régime, but unlike in Great Britain they were not organised into political groupings.

It can refer to other people of a somewhat comparable, exalted position, roughly synonymous with magnate; formerly a rank of high nobility (especially when it carried the right to a parliamentary seat). By extension the term can refer informally to any important person of high status, particularly wealthy, landed long-time residents in a region.

The term is often used in the United Kingdom to refer to influential long-standing members of the Conservative Party, Labour Party and Liberal Democrats. 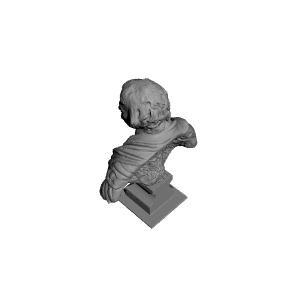 ×
0 collections where you can find Grandee by Scan The World